In its 6th year, the SME Channels Summit & Awards 2016 recognized 50 top performing channel partners, 50 top performing vendors as well as CIOs across the country. The gala night brought in a gathering of partners, vendors, SPs, VARs, heads of top IT associations, CIOs, CTOs and prominent dignitaries from IT Ministry and departments. Top officials from ICT bodies ISODA, PCAIT, FAIITA and CMDA presided over the summit and the discussion participants ranged from Channel Partners, ITDMs, representatives from SMEs and Enterprises. 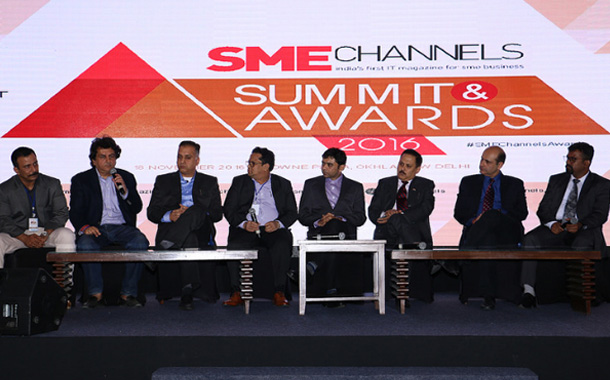 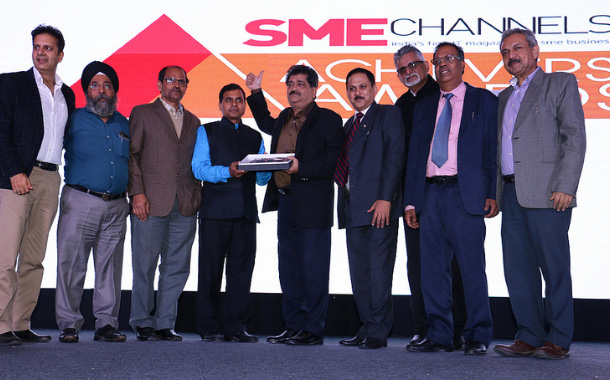 The awards gala night celebrated the growth of the Indian IT Channel and motivates the Industry recognizing and rewarding outstanding performance in the space. In its 6th year, the SME Channels Summit & Awards 2016 recognized 50 top performing channel partners, 50 top performing vendors as well as CIOs across the country. All these awards were decided on the basis of the nominations, partners and vendors feedback. There were all total over 125 awards in different categories including Super 50 for partners, 50 Achiever’s Award for Vendors, CIO Awards, Leadership Awards etc. 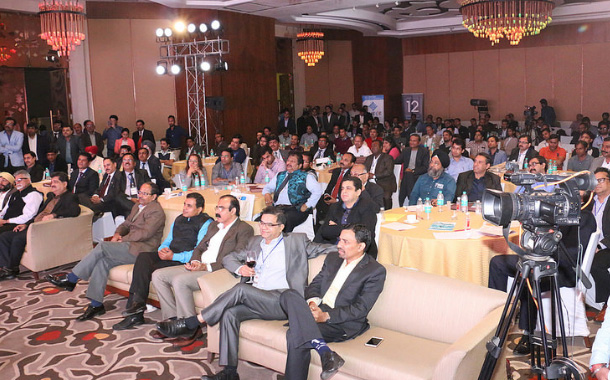 The first part of the event saw the industry leaders and channel partners interact with each other through presentations and panel discussion about key challenges and opportunities in the market. The theme of the Panel Discussion was “Growth Strategy of Indian Channel Partners Beyond 2020”, the presentations were around ethical practices, cloud computing, security, among others. The panel discussion enabled IT channel partners and vendors to get vital insights into industry trends and what key aspects are shaping up the market. the panel discussion witnessed the participation of Indian IT veterans including Alok Gupta, President, PCAIT, Ranjan Chopra, Chairman, Team Computers, Pratap Mondal, Enterprise Sales Manager – South Asia, Kaspersky Lab, Rahul Goswami, Sales & Solution support Consulting, Enterprise Solutions center, HPE, Anil sethi, Director & General manager, Dell EMC and Vipul Dutta, Chairman, ISODA. The session deliberated on the transformation of Indian ICT landscape as technology convergence and collaboration form the new norm and the challenges involved in looking for new business avenues in IT.

Alok Gupta congratulated SME Channels for having organized such an event, which offers a common platform to both partners as well as vendors fraternity to come closer and stressed upon the importance of finding customers loyalty for any particular brand. He said, “Every partner wants to earn margins. However, if channels partners have to survive and succeed in earning margins, they have to be proactive for finding clients need and brand loyalty. So, loyalty generation is the way to success for partners.”

Ranjan Chopra envisaged the big role of partners that they are playing to shape the future of the country. He spoke on the sure short success formula for all the partners. He opines, “The success formula for partners is half x two x three, which says, half the number of employees, double the salaries and get three times work.” He also stressed on three laws of finance for partners, which are income has to be more than expenses, collect the equipment before paying and do not put short term capital into capex. The audience got a chance to put forward their doubts and questions to the panelists after the discussion. 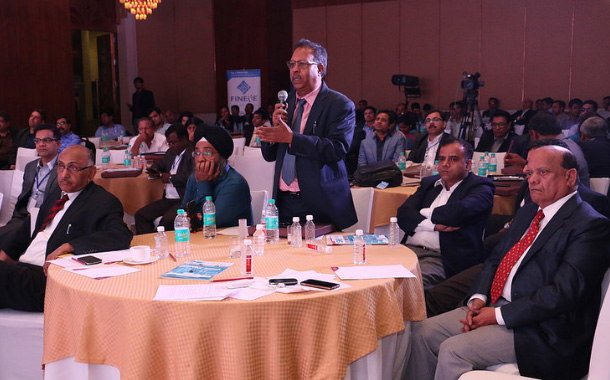 The initiatives spearheaded by the Indian government in the recent years, has introduced a new dimension to the economy of the country. Sharing his view, Sanjay Mohapatra, Editor, SME Channels said, “There will be huge growth in Indian market because of the big ticket projects like digitization, smart cities, Make in India, etc. Where, European market is in trouble because of Brexit and other financial challenges and Japanese and Korean currencies are getting devalued, the two countries i.e. India and China are having better chances for growth.”

The Indian SME Market has been in a state of constant transformation with the rapid influx of new technologies overlapping older ones. This leads to a lot of confusion among channel partners across the country who are not only looking to tap into new business avenues, but are also constantly looking at adopting new technologies to stay valid in the continuously saturating channel industry. Considered as the litmus test for IT corporates and channel partners, the SME Channels Summit and Awards 2016 has also entailed keynotes from Industry veterans including Anil sethi, Director & General manager, Dell EMC, Ravi Jain, Associate Director, IBM Systems Hardware. The leadership speech was given by S C Mittal, Mittal is the founding member of BizTek Advisors and ex- Group CTO at IFFCO. The Lifetime Achievement award was also given to him. 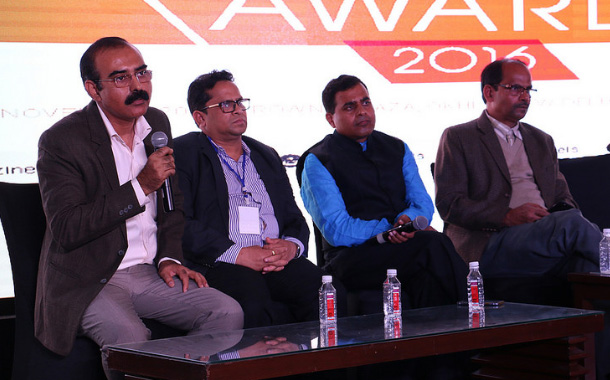 Observing the widespread and universal apprehensions across the Industry with regards to the upcoming GST bill, SME Channels organized an open discussion on GST for the IT Industry at its Summit & Awards 2016 Gala event. The session was presided over by Lalan Kumar, Addl. Commissioner, Addl. Commissioner, Service Tax, Nikhil Chandra, Addl. Commissioner Service Tax, Shailender Singh Parihar, DIG, Tihar Prison and Naveen Gosai, Asst. Commission VAT. Taxations now and after GST implementation were the highlight as the participant discussed intrastate, interstate and international trading. The participants asked a number of questions to the panelists on how GST would affect their trade and how to structure there financials in the face of impending change in taxation. 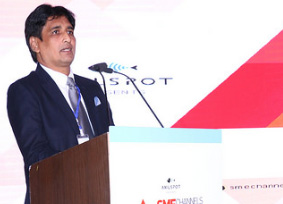 The Vendors Awards that followed thereafter were the most-awaited moment of the evening. This year, a total of 50 categories have been announced and 20 CIOs awarded for their remarkable contribution in their respective field and taking the IT industry to exceptional levels. In the end, Sanjib Mahapatra, Publisher, SME Channels delivered a vote of thanks to all the awardees, attendees, associations and sponsors for making the event an unparalleled success. He said,” As we wrap up the Awards Night. I would like to thank all the dignitaries, attendees, stakeholders, the Super50, Achievers’ and CIO awardees, guests of honor, associations PCAIT, ISODA, FAITA and CMDA.” 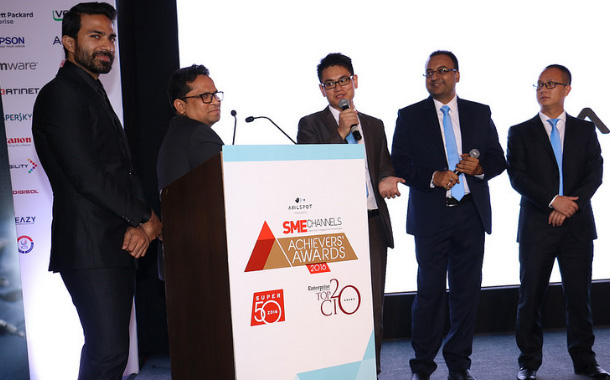 The day long flagship event was cosponsored by Axilspot, who also showcased their line of enterprise level WLAN solutions as the brand introduced itself into the Indian market. Dedicated to provide the most consistent and highest-speed wireless coverage and transmission solution – anywhere, everywhere, Axilspot has also announced its strategy for India expansion at the event. Bruce Zhou, CEO at Axilspot said, “India is one of the growing economies in the world and it needs solutions that are easy to install, manage and are time robust. Our commitment is based on “7S” principle, i.e., Stable, Secure, Smart, Simple, Scalable, Swift and Sensible.”

Founded in 2010, SME Channels focuses on the B2B market to disseminate information about the use of IT and Communications in India. The magazine includes all the stake holders starting from manufacturers to distributors, dealers, SIs, solution providers, cloud infrastructure and applications providers, hosted solution providers, service providers, etc. to help SMEs utilize IT for optimizing their efficiency.